Okay, who hasn’t had the occasional Wentworth Miller gay fantasy? Locked up in prison with the more-than-hot British actor, just you and him, behind bars with hours and hours to kill… well that fantasy got one step closer to reality today, at least as far as Miller’s sexual orientation goes. Invited to Russia’s St. Petersberg Internation Film Festival, Wentworth posted an RSVP on the GLAAD website that said, in part “as a gay man, I must decline. I am deeply troubled by the current attitude toward and treatment of gay men and women by the Russian government.”

To celebrate, here are a couple of classic shirtless pics of Wentworth, along with a relatively good fake naked pic for kicks. 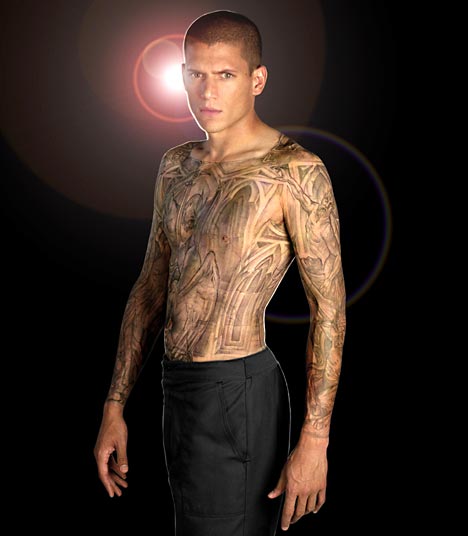