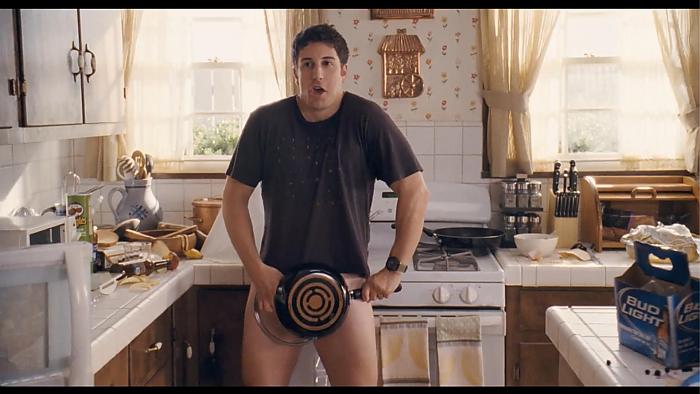 Jason Biggs didn’t want a stunt cock to do his nude scene in American Pie, instead he opted to do it himself.  He’s got a decent sized penis and doesn’t seem to be too shy about showing it off. After starring in the American Pie series, Jason Biggs went on to appear in a handful of movies and TV shows. Not sure if he showed that penis again, but we’ll double check. Update: we checked and there has been no further nude scenes from Jason Biggs.