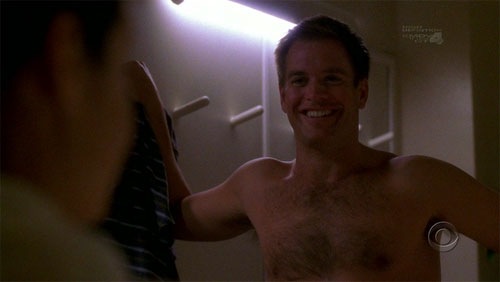 Michael Weatherly plays Special Agent Tony DiNozzo on NCIS and every once in a while we get a sneak peak and his delicious harry chest. 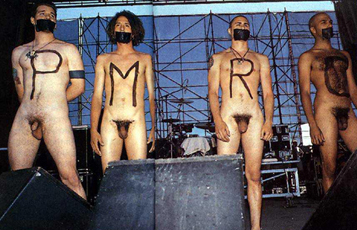 Rage Against The Machine is a Rock-Metal-Rap-Alternative style band that has been around for ever.  The band split up for a few years, just like all great bands do, but they reunited in 2007 and have been playing venues ever since.  I stumbled upon an old pic of RATM on stage and fully nude with their dick’s exposed.

Red Hot Chili Peppers Anthony Kiedis looks pretty well hung in this cock flop picture. The frequent flier in the back doesn’t look too impressed though. 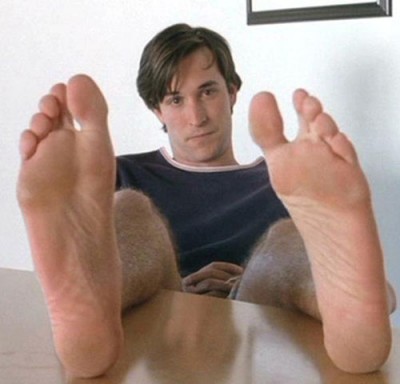 Some of you have been asking for more barefoot male celebs, so here you go!  We kick this feature off with Noah Wyle, best known as Dr. John Carter on NBC’s ER. You may also have see Noah in W and Donnie Darko. 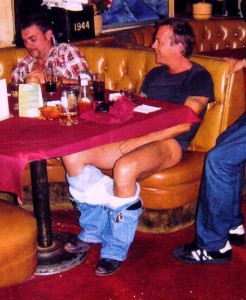 Today is a big day for all you Kiefer Sutherland fans. The season premiere of “24” airs tonight and it’s supposed to be extraordinary. I never really caught the fever, but a handful of friends are obsessed with the show. I am however, a big fan of Kiefer Sutherland. Here’s a picture I found of him drinking at the bar with his buddies and he has his pants completely pulled off. Now what would possess the A-List celebrity to get nude in a bar? 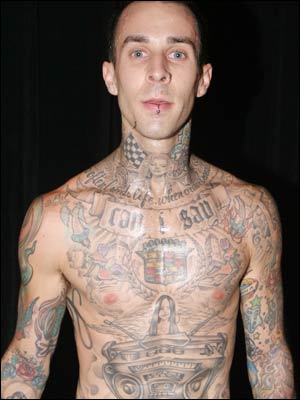 Former Blink 182 drummer, Travis Barker and his DJ, DJ AM were seriously injured in a plane crash that killed four people. The two were transported to a burn unit in Augusta Georgia and labeled as being in critical condition. Our hearts go out to both of them and their families.