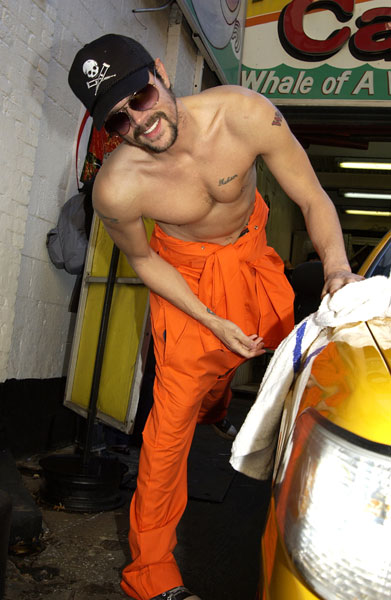 Johnny Knoxville is the fun loving character in the “Jackass” series from MTV.  Him and his skateboarding pals pull off extreme stunts and pranks on film. Some of it is really painful to watch and some of it will make you want to vomit, but you will be laughing in the process.  Johnny and other celebrity cast members often include nudity in their stunts, so we’ve been able to compile a good archive of “Jackass” nudity pics.  I’m not sure exactly what is going on in this picture above, but a hot shirtless pic is worthy nontheless.