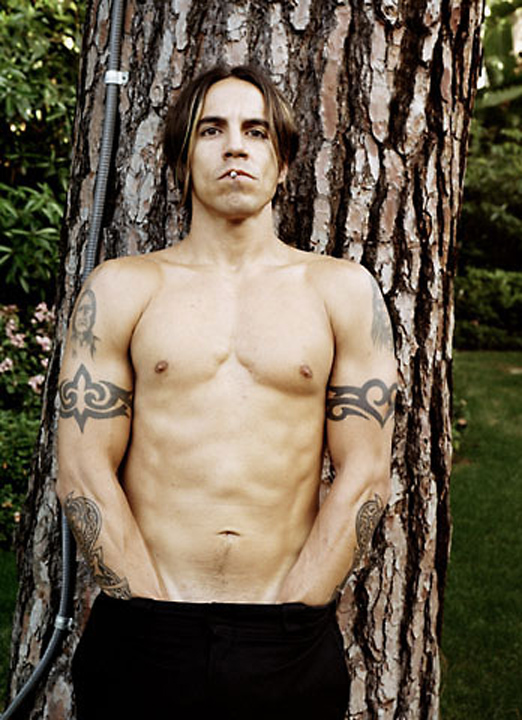 Anthony Kiedis is the lead singer for one of the greatest bands of all time, the “Red Hot Chili Peppers”. The band has been releasing kickass albums since 1984 and probably still has one more left in them. Anthony had his battles with drugs and alcohol like so many other great musicians, but has remained clean for years. Drugs were never a stranger to Kiedis, at age 11 he moved to Hollywood to live with his Dad – Spider. Spider was a celebrity drug dealer and used to hook up bands like “The Who” and “Led Zeppelin” and was a familiar face at all the big parties.

The Chili Peppers have always included nudity in their songs and albums and often performed on stage only wearing socks to cover their dicks.