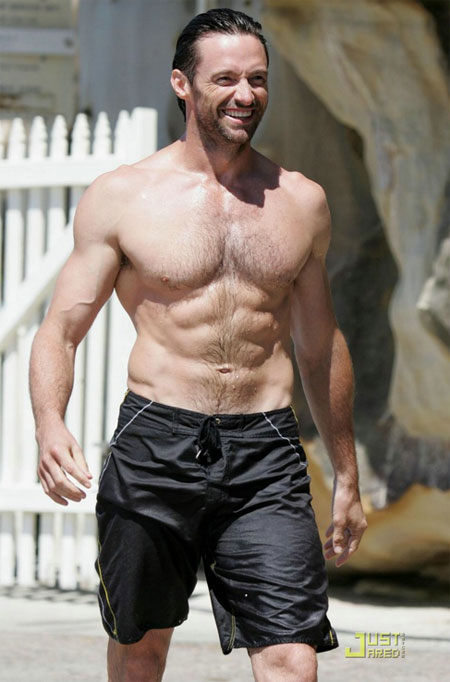 There’s a reason why People Magazine named Hugh Jackman the “Sexiest Man Alive“, he’s a total stud! The Australian actor is in the most amazing physical shape and has movies lined up for years to come. He has the new X-Men movie coming out next year, but it’s hard for me to get excited about that. I would like to see Hugh Jackman play a serious role in a quality movie and include a nude scene or two. The last naked actor I’ve seen was Jason Segel and I need to get that image out of my head.