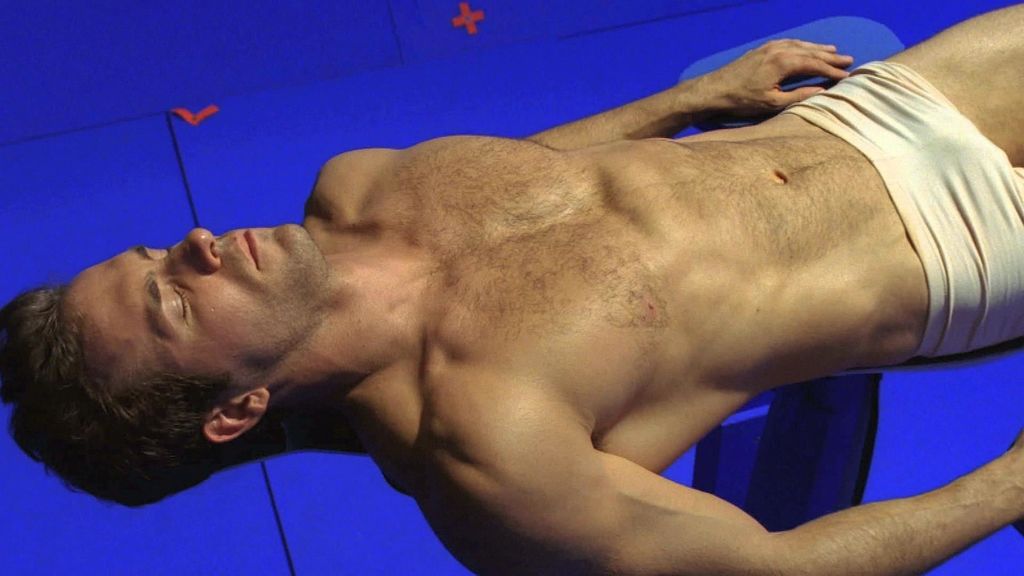 Now that Ryan Reynolds is all muscle, he’s always doing shirtless and sexy scenes.  You can his package bulging out of those tight underwear as well.

Ryan Reynolds has morphed into a super hero these days, all chiseled and buff in flicks like Blade and X-Men, but we remember his little mangina pose from Van Wilder.

Hugh Jackman isn’t the only X-Men Origins Wolverine star that likes to get naked on screen. Ryan Reynolds has had his fair share of skin-showing scenes too. See the rest here.

Ryan Reynolds recently married actress Scarlett Johansson (September 27,2008) after a two-year engagement to Alanis Morissette and a year long stint with actress Rachael Leigh Cook. We’ll see him later this year in Paper Man, X-Men Origins: Wolverine and The Proposal. He usually plays a funny man, I had no idea he was so built!