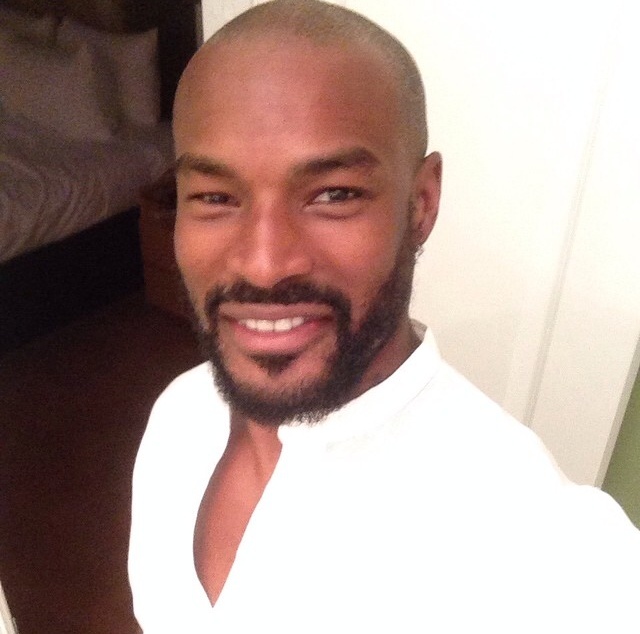 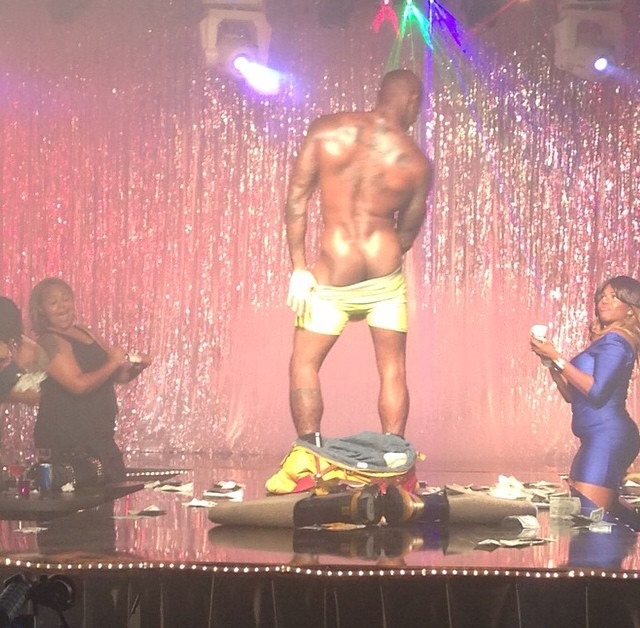 This is Tyson Beckford naked and showing off that muscular ass.  He’s an incredible talent that works as a male model, actor, and all around celebrity.  We’d love to see him in more movies, maybe even hook us up with a frontal. 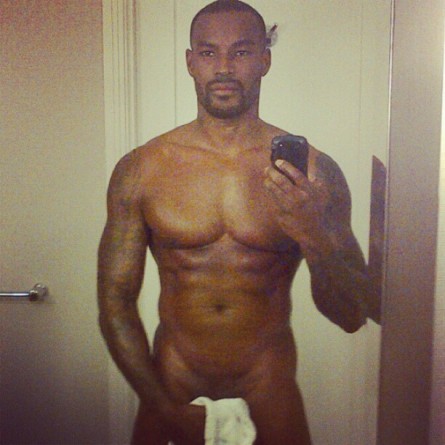 You know how much we love black male celebs and Tyson Beckford is one of our favs.  He’s been a male model and professional actor for over a decade now.  This is a recent self shot nude picture of him that made its way to our blog. 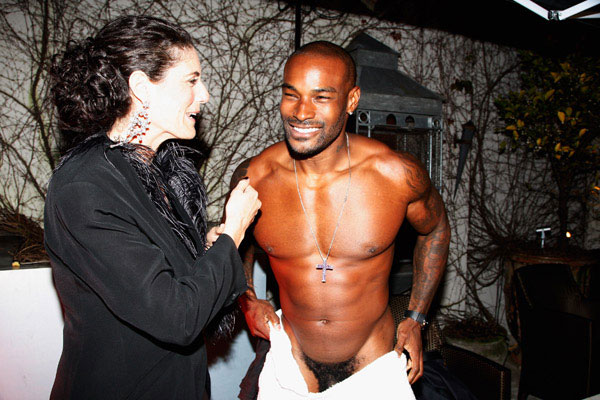 If you’re like me, you’ve never seen Tyson Beckford like this.� He was completely naked and only hiding behind a little white towel. During the interview his towel slipped off multiple times, exposing his big black bush and the base of his huge cock. Tyson is one of the studliest black male celebrities in the world, so it’s a treat to see him nude. He was just recently in the movie, “Hotel California” and has another coming out in 2009.