Sweet baby Jesus!  Tom Daley couldn’t be any hotter if he tried.  We couldn’t take our eyes off of him during the Olympics in London and we are still obsessed.  Check out our earlier post on Tom Daley, where we show his nude butt.  Until then, enjoy this Tom Daley Half Nude pic. 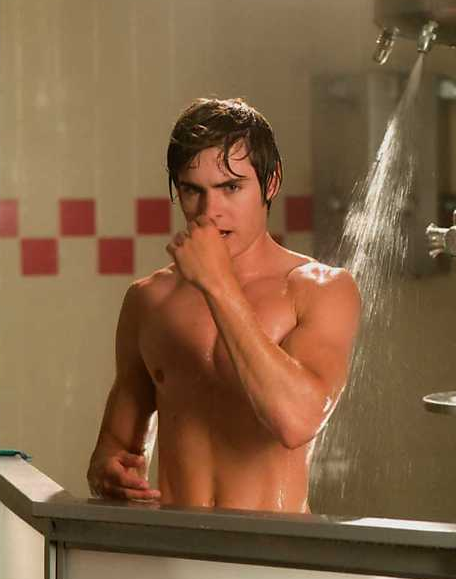 A while back, some naked shower scene pictures of our favorite celebrity twink Zac Efron were leaked on the internet. Apparently someone jacked them from the set of High School Musical 3 and tried to make some quick cash by auctioning them off on Ebay. Zac’s people killed the auction within a few hours, but not before the world saw Efron exposed!