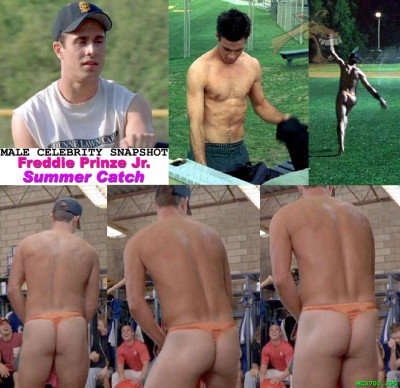 Freddie Prinze Jr has one of the best male celebrity asses on Earth. He looked extremely ripped in the movie ‘Summer Catch’ seen above. 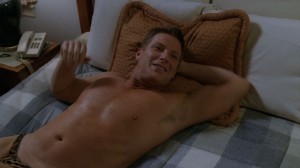 You probably first heard of Doug Savant when he played a big role on “Melrose Place”.  Since then he’s had several acting jobs including his recent role on “Desperate Housewives”.  He has appeared shirtless and almost nude several times, exposing his unbelievable body.  If anyone in Hollywood is reading this, get this male celebrity a nude scene already!