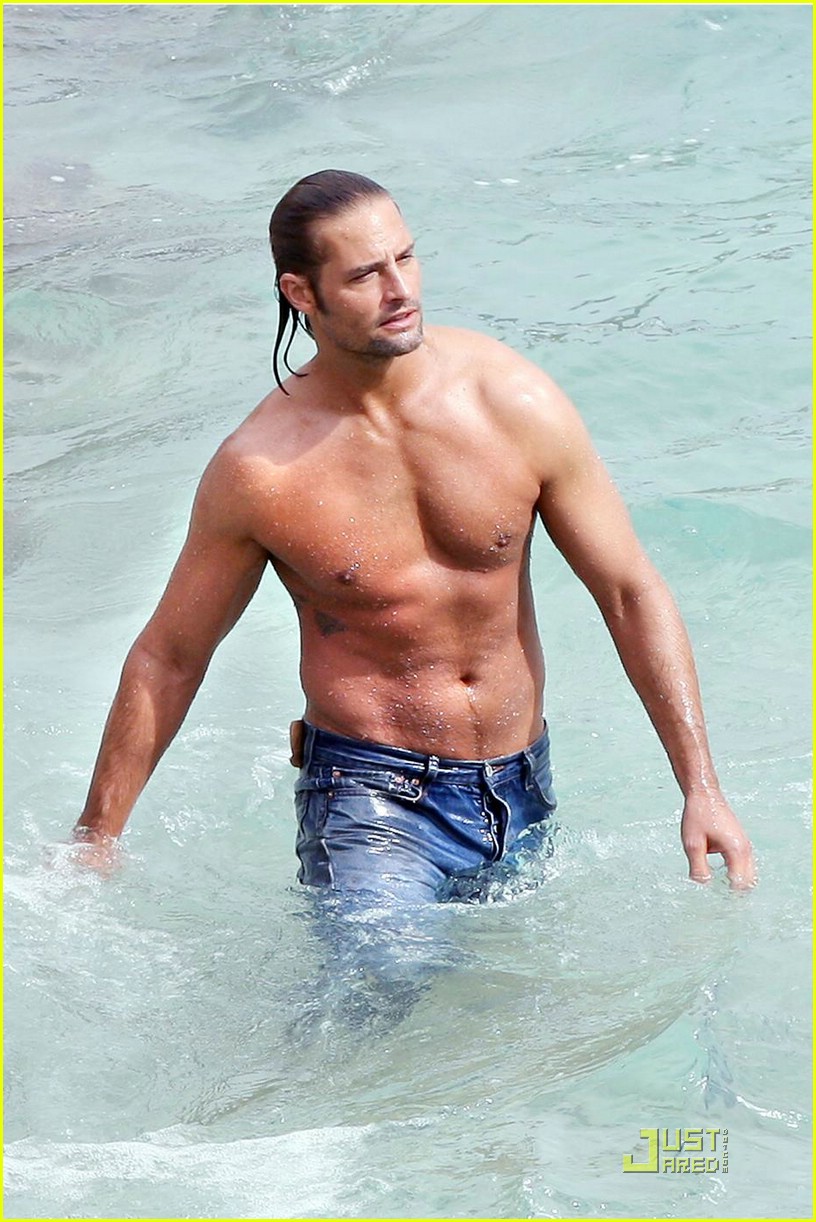 You probably know Josh Holloway from the kick ass Television show, “Lost” where he plays the role of, “Sawyer”.  The popular show has won both Emmy Awards and Golden Globe Awards and will pick up again in January.  I can’t friggin wait!! If you haven’t given “Lost” a chance yet, do it.  You will not be sorry.Not only is it a mind blowing show with great actors and actresses, but they also show tons of skin. You can see almost all the male celebrities in a shirtless scene and some even close to being nude.