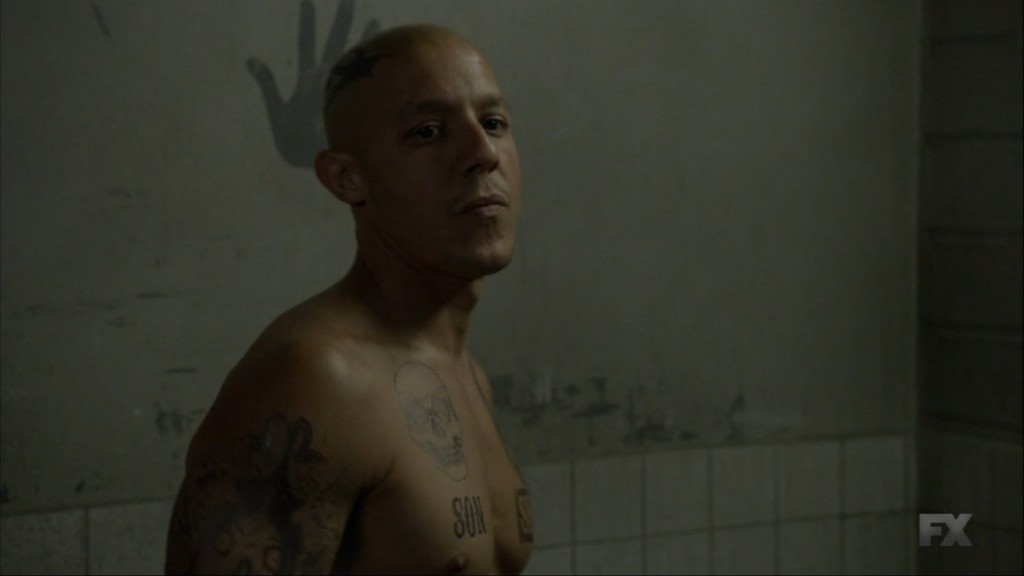 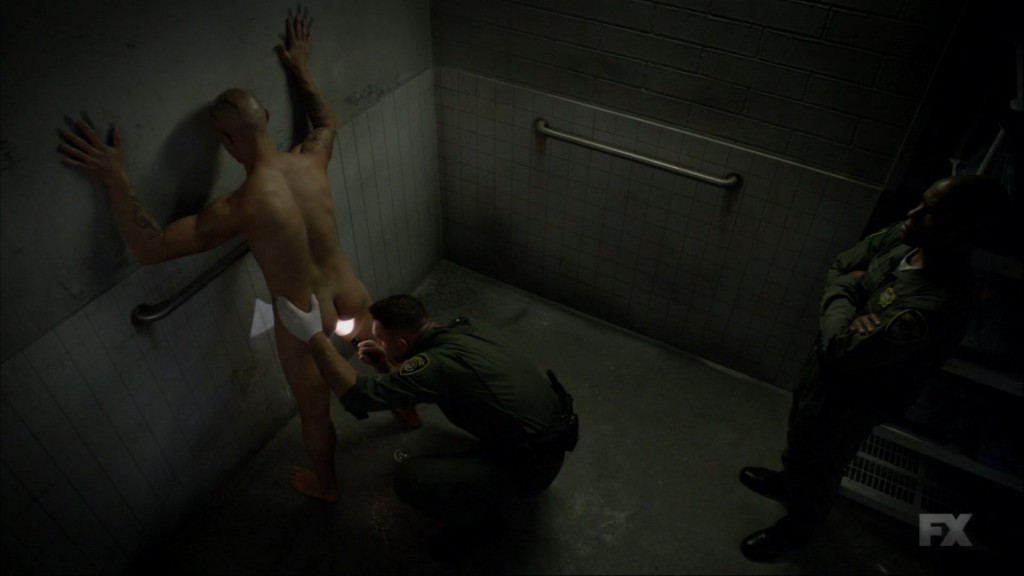 This season of Sons of Anarchy has been so intense and shown so many naked male celebrities.  Most recently, it was Theo Rossi getting naked and then strip searched by a prison guard.  Later on in the episode he gets taken against his will by Marilyn Manson.  Crazy stuff and the show is almost over.