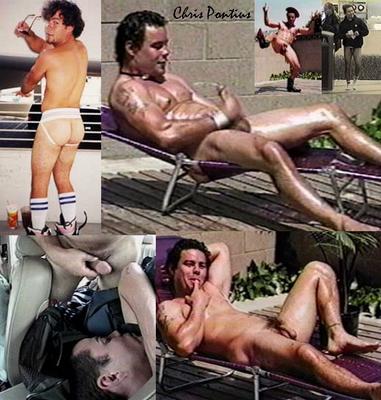 There’s not a lot of people in the world that are crazier than Chris Pontius.  The “Jackass” and “Wildboyz” star grew up skateboarding in southern California and eventually met up with the rest of the crew.  Pontius has a thing for nudity and appears naked in almost every show/movie he’s been in.  He doesn’t blink an eye when swinging his big dick around for the cameras.  Apparently, the Jackass boys have a new movie coming out in December called, “Where the Fuck is Santa”, but I have yet to see any previews.